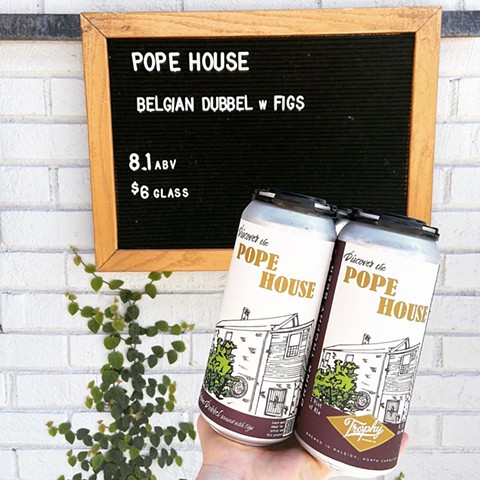 Pope House Museum is the only African-American house museum in the state of North Carolina. Originally built in 1901, the Pope House was once residence to Dr. Manassa Thomas Pope, the only African-American man to run for mayor of a Southern capital during the midst of Jim Crow. Dr. Pope was one of the first graduates of the Leonard School of Medicine at Shaw University and helped to organize the Mechanics & Farmers Bank, in Durham, NC. The Pope House is a designated Raleigh Historic Landmark holding over 3,000 artifacts from the family’s history. Find out more about the history of Pope House Museum here.

Trophy Brewing will donate a portion of all “Pope House” beer sales to the Pope House Museum.